Home  »  Cooking Questions   »   Can Instant Pot be Used for Canning? 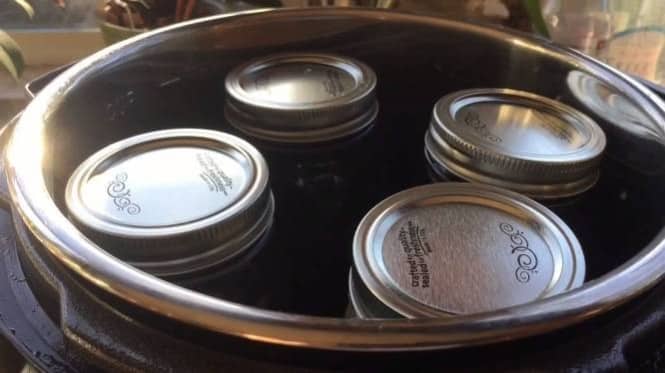 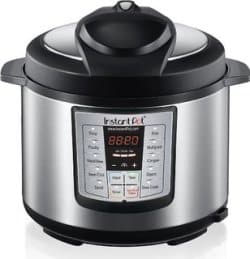 For example, here are the seven cooking types of the Instant Pot IP-DUO60:

We’ve also touched upon this issue in the article “Do Pressure Cookers Brown Meat?” wherein we mentioned a certain piece of equipment, the pressure canner.

Interestingly, none of these cooking types listed in the IP-DUO60 include canning. This begs the question, is the Instant Pot capable of canning?

Canning is basically a method of preserving food and involves putting the said food in airtight containers such as jars and of course, tin cans. This method was coined in the 1800’s as a means to preserve food because back then, transportation took way longer than in modern times.

The most basic form of canning involves perishables with high acidic content such as tomatoes, berries and cucumber. These foods are then placed in a jar filled with vinegar. The jars of vinegar- submerged perishables are then submerged in boiling water until the lid is sealed. The boiling forces air out of the jar and thus, keeps bacteria from being able to thrive inside the container. One would be able to ensure a properly-canned jar when she hears the “pop” sound which means that the lid has properly sealed.

To help quicken this long, arduous process, the pressure canner was invented. Remember that the temperature it takes to make water boil in a pressure cooker is much higher than average of 100 degrees Celsius. The same applies in a pressure canner and so, the liquid does not need to completely cover the jars to the top since the temperature needed to force the air out of the jars and kill bacteria is achieved, You can read a lot more about the fundamentals of pressure canning over on Well Preserved – it’s where I learned a lot initially.

A third reason is that most recipes on canning use pressure canners and not pressure cookers. If one attempts to can using a pressure cooker (which will be discussed further), the results may not be the same as intended by the recipe.

Can I Can With My Pressure Cooker?

The National Center for Home Food Preservation (NCHFP) strongly recommends that one should not can using multi-purpose pressure cookers. The main reason is that instant pressure cookers are simply unable to generate a solid 15 psi for as long as necessary, a feature which pressure cookers can easily achieve. This lack of pressure will help bacteria thrive in the jars as a consequence.

Furthermore, there are no recipes of canning using pressure cookers and so, the canned good will most likely result in poor taste, quality and worst of all, contaminated production.

It is thus strongly advised that one avoid canning using instant pressure cookers. Yes, the Instant Pot models are spectacular pieces of equipment but they also have their limits.